We are developing a number of case studies of people with Pelvic Radiation Disease who will be available to feature in articles, programmes etc. Please get in touch for further information.

If you are interested in inviting a person affected by Pelvic Radiation Disease to speak at an event, please get in touch via media@prda.org.uk or call 01372 744338 during normal office hours.

PRDA’s response to the National Cancer Research Institute’s recent announcement on the top 10 priorities for research in Living With and Beyond Cancer. 24th November 2018 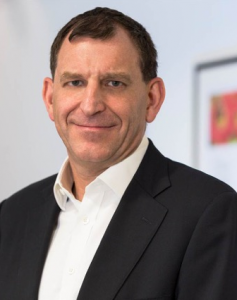 Dr Jervoise Andreyev’s first degree was in Arabic Studies. He qualified in medicine in 1987. He completed a PhD in molecular biology in 1997.

In 2000, he was appointed Senior Lecturer and Honorary Consultant Gastroenterologist at Imperial College. In 2006, he moved to the Royal Marsden Hospital, London. He was the first gastroenterologist appointed worldwide specifically to treat GI side effects of cancer treatments.  In 2017, he moved his clinical practice and research base to Lincoln County Hospital and is developing exciting links with Lincoln University.

Over 17 years, the multidisciplinary clinical and research teams he has led have produced significant amounts of clinically focused evidence to redefine the scale of the problems caused by GI consequences of cancer therapies, why they happen and the way these patients are best looked after to prevent these problems and treat them when they cannot be prevented.