Farewell and enormous thanks to Jane and Richard 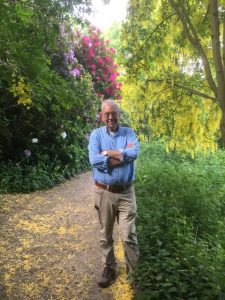 “Richard stepped down as chair last November, without Richard PRDA would not exist. He first got involved in 2010 as part of a committee managing people who had attended one of Dr Andreyev’s annual tea parties for his PRD patients. Richard was the first person to bravely raise public awareness of the issue, speaking at medical conferences about the true realities of suffering PRD, his talks made a big impact, no one had ever spoken about these issues in public before.

The charity was eventually founded in 2012 and since then Richard has worked tirelessly so that others might not suffer like him. He has been much loved by our Friends over the years and has proved a charismatic leader. PRDA owes him a great debt of gratitude.”

He was very influential in the original Department of Health’s and Macmillan’s National Cancer Survivorship Initiative (NCSI), bringing attention to the long-term consequences of pelvic cancer treatment. This led directly to the NCSI’s ‘Pelvic Cancer Project’ which resulted in important developments such as clinical guidance on treating bowel symptoms of cancer treatments, investment in new services for Pelvic Radiation Disease, Macmillan booklets on late effects of pelvic radiotherapy, and education courses for professionals – all of which continue to have major influence today.

PRDA has also benefited greatly from his skills in writing, design and photography.

“Richard was a very persuasive man who had the ability to encourage and inspire people to act on behalf of the charity and PRD sufferers. I am in no doubt that PRDA would not exist if it wasn’t for Richard’s dogged determination to bring the plight of patients to the forefront in the NHS.”

“I joined PRDA as Treasurer and Trustee in 2012. My wife Carol had met Richard at a meeting organised by Dr. (now Prof.) Andreyev for his patients to discuss PRD. She came home to tell me that she had met an extremely pleasant gentleman called Richard Surman who had told her about PRDA and said that they were looking for an accountant to join the Trustees. “I think you should volunteer” she told me.

So I did!!   It was a decision I never regretted and having retired in 2018 I have fond memories of working with the PRDA Team.   As Chair, Richard handled two distinct activities with friendship, professionalism, and a deep understanding of what PRDA stands for.

Firstly, he chaired our regular Trustee meetings in an all-inclusive and effective way, so that we were able to deal with subjects that were pertinent at the time and allocate projects amongst us as Trustees going forward.

Secondly, and more importantly, he was a master at presenting the aims of the charity  not only to members who came to our open meetings but also to the outside world when he spoke to audiences that included high-level medical experts, putting the case for sufferers of late-effects of PRD. His in-depth knowledge of his subject and his ability to enlist the help and support of so many of these experts moved the charity forward in a way few others would have managed.

Richard’s retirement is a great loss to PRDA and we all hope that his successors will be able to fly the flag as effectively as he has done these past 10 years.” 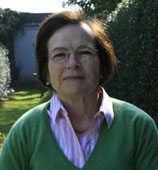 Jane Norris-Jones has sadly also stepped down from the PRDA Board. Along with Richard, Jane has been absolutely central to the establishment of PRDA as a charity, and we would not be where we are without the extraordinary workload that she has carried, in many cases single-handedly. From the start, she has been the organisational and administrative force behind PRDA. As Honorary Secretary, she managed anything and everything to ensure that PRDA is efficient and responsive while also retaining a personal touch.

She has been driven throughout by a passionate desire to help other people who experience poor quality of life and loneliness due to PRD. Her warmth, kindness and thoughtfulness have been felt by countless PRDA supporters and callers to the helpline, and will be very much missed. In the last year she called numerous people to check on their wellbeing during the pandemic, which was greatly appreciated.

She has also played a key role in establishing relationships between PRDA and health professionals and organisations. This has proved crucial in helping to raise awareness of PRD amongst cancer teams, gastroenterologists, dietitians, urologists, GPs and others. It also enabled PRDA to establish its Medical Advisory Panel.

Making PRDA’s tiny budget stretch as far as possible was also a great skill. Her ability to get refunds from businesses who had not served PRDA well enough was legendary!

Words are not enough to convey our thanks for everything Jane has done for people affected by Pelvic Radiation Disease.

A helpline user said (and this is typical of many compliments received): “If it wasn’t for Jane’s lovely understanding nature, I wouldn’t know where I’d be. Jane has been my saviour”.